Starring late 90s heartthrob Josh Hartnett, Oh Lucy! (2017, Japan) by Atsuko Hirayanagi is the tragic and farcical portrayal of Setsuko, a lonely office worker on the verge of a midlife crisis. Set between Tokyo and Los Angeles the film confronts Eastern and Western cultures and morals, as Sofia Coppola’s Lost in Translation (2003, US) or Alain Corneau’s Fear and Trembling (2003, France), based on Amélie Nothomb’s bestselling novel, attempted to do, but taking the opposite perspective. With few words, great characters and some truly hilarious slapstick scenes Hirayanagi skilfully describes how East and West attract and repulse each other in ways you don’t always expect. Visually, the contrast between the Blade Runner-like compact, vertical urban maze of Tokyo and the aerial, horizontal expanses of South California strengthens the gap between two worlds.

Setsuko (Shinobu Terajima) works in a boring and cramped Tokyo office where she is treated little better than a servant. She lives in a tiny, rather un-Japanese-like tip where bursting ashtrays, old cans of beer and second hand clothes are joyfully piling up. One day her pretty and bubbly niece Mika (Shioli Kutsuna) calls her over to her tea room where she makes her an unusual request: would she take up her ‘non-exchangeable, non-refundable’ English course? Grudgingly Setsuko accepts, seeing this as an opportunity to break the monotony of her dull existence. She soon discovers the one-to-one class takes place in a weird brothel-like pink-lit interior and follows unconventional methods. Her teacher John (Josh Hartnett) is more interested in sharing Americans’ love for hugging and an emphatic communication style than teaching Shakespearean verses. Sporting a blonde wig Setsuka reincarnates into a confident, positive, serial-hugging and somewhat out of place Lucy. She quickly develops a crush on John – and is stunned when one day, he unexpectedly rushes off to California with his lover Mika. Distressed by their sudden departure Setsuka and Mika’s mum Ayako (Kaho Minami) decide to set off and go find them. It’s the start of a very unpredictable Californian road movie, both hilarious and emotionally charged, peppered with lots of black humour.

Oh Lucy! sees the return of Josh Hartnett on UK screens after a long absence, proving the transition from teenage American blockbuster star to mature arthouse film actor is not an easy journey. Hartnett is very well cast as a nutty American expat in Japan who is quickly called back to the less unfamiliar confines of Californian surburbia. His unpretentious and nonchalant demeanour contrasts well with the sisters’ amusing fighting and bickering. Terajima and Minami are excellent as exact opposites, and incredibly funny. Mika’s mother is everything Setsuko is not. Organised, pernickety, demanding and conservative. Yet she somehow manages to break her inhibitions and decides to follow her sister to America. And what a let-down California is, with its cheap motels, insipid food and bad-mannered people! Terajima is very convincing as a woman who has finally decided to let go and to give free rein to her feelings, to accept her lust and allow herself to fall in love after years of self-denial. Although she is very gauche in the way she expresses her new emotions and lacks discernment when it comes to her lover’s feelings, she has turned her life on its head and she is ready to start afresh. In a Japanese culture based on respect and sometimes excessive politeness, the bluntness of Setsuka, even if it may lead her to perdition, is quite refreshing and liberating. A couple of “moments of truth” alone make the film worth watching. 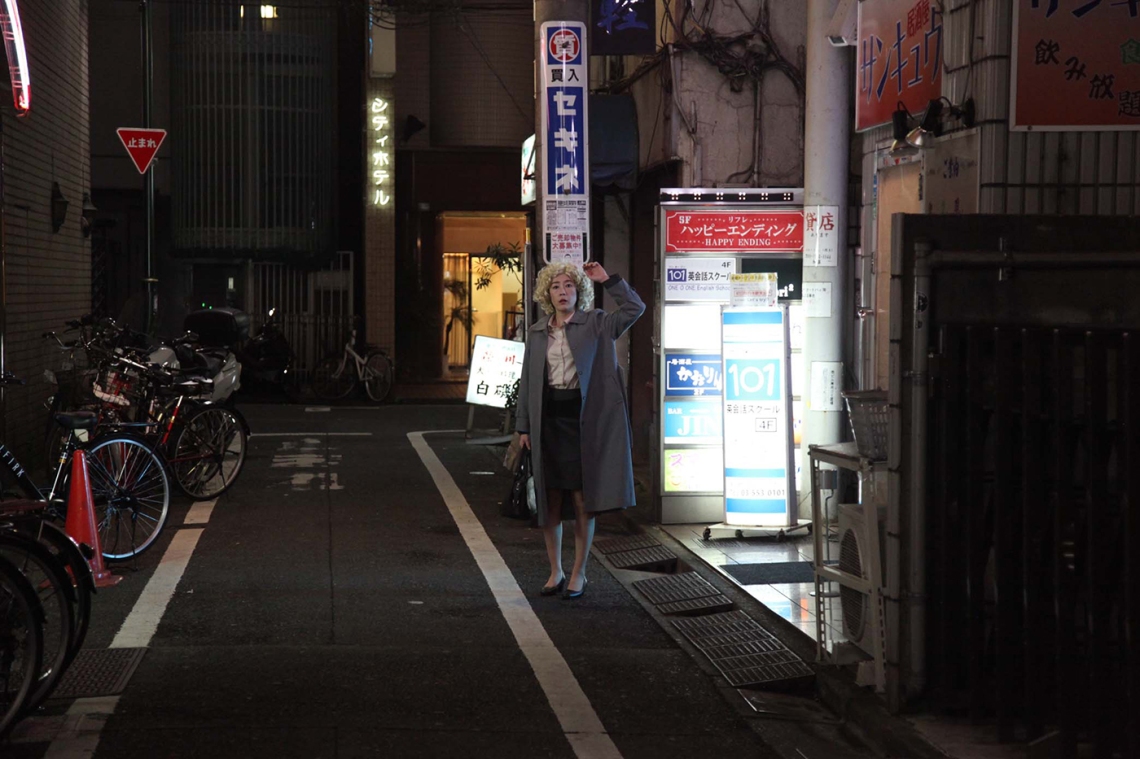 With all its clichés and extravagant twists, Hirayanagi’s film ultimately shows how human beings are social animals and can always overcome language barriers. Setsuka barely knows a few words of English but still manages to travel around California, get a tattoo and read the truth behind John’s enigmatic grins. Perhaps the trick is as simple as to wear a blonde wig and stick a ping pong ball in your mouth after all.

Oh Lucy! was selected at la Semaine de la Critique in Cannes earlier this year and was the opening feature at London’s Raindance Film Festival.