This year again BFI Flare festival programme is offering an exciting perspective on the huge diversity in contemporary LGBTQ+ cinema, from experimental and short forms to documentary and more conventional feature films. What’s interesting is the increasing prominence of trans and gender fluid stories which might suggest that artistic investigation and advocacy work, especially in the Western world where LGBT rights have made most progress in recent years, but also all around the world, are moving on from strictly gay and lesbian plots to highlighting lesser known or understood sexual orientations and identities. When the films do include gay and lesbian themes those seem to be more and more incidental features and an enrichment to the plot rather than the core of the storyline. The characters are no longer only defined by their sexuality, they are rich, complex personalities with multiple facets including but not limited to their sexual orientation. This is partly why the festival rebranded itself as Flare a few years ago and in 2018 added Q+ to its busy yet inclusive acronymic tagline. The 3 films I saw on my first day at Flare really encapsulate this resolute diversity and maturity in LGBTQ+ cinema.

Martyr (Lebanon, 2017) by Mazen Khaled is not even an LGBTQ+ film as such. At no point in the film is there explicit reference to homosexuality and none of the characters is openly or secretly gay. Yet the way the camera focuses on the male body and on the close relationships between male friends is intensely sexually charged. The director’s gaze conveys an ambiguity which is hard to interpret. Is it just a voyeuristic depiction of the strong bond between young men or does Khaled suggest a form of desire exists among these friends which attracts them to one another? When Hassane (Hamza Mekdad), a disillusioned, jobless and stay-at-home twenty-something, is accidentally killed jumping off the Corniche of Beirut onto a rock, his friends organise a spontaneous funeral march to bring his body back to his family. The somewhat bizarre mourning process involves creating a human bridge to slide the body back to the shore because of the jagged coastline. Right from the experimental start of the film where he focuses on the male body, skin and shape, in or out of water, to this solemn journey back home, Khaled is concerned with the physicality of his actors, more so than their psychology, and enjoys bringing the male skin in contrast with the conservative Lebanese society where nudity is generally suppressed. This can be seen when the parents are exasperated to see their son get out of bed in the nude or when his friends come back from the beach topless in trunks and are asked to put on a t-shirt.

Martyrdom here is not about celebrating a war hero killed on the battlefront. What Buddhist Khaled is trying to describe is that in Islam a martyr has a much wider meaning which includes people who die from severe diseases, people who die at their workplace or people who drown, which is why Hassane is given this status. Scenes where Hassane’s body is being washed and the chants are being sung by the family members are particularly powerful. At the film screening Khaled explains that he heard the chants in a village in the Beirut countryside and discovered that the same songs were sung for grooms at weddings and for unmarried men’s funerals.

Although the film is not perfect and doesn’t always manage to convey its characters’ purpose (for example, very little is said about Hassane before he dies, yet he is given the full honours by his friends and family when he is dead), it is a visually appealing work, albeit sometimes a little obsessional, with a lot of work on photography, beautiful references to classical painting (Flemmish pietas, “tableaux vivants”) and a great sense of place (it is deeply set in Beirut and the city). It is a brave story to tell in a deeply conservative context. Besides the film was banned in Dubai and Khaled was still waiting to see if he could show it in Lebanon. 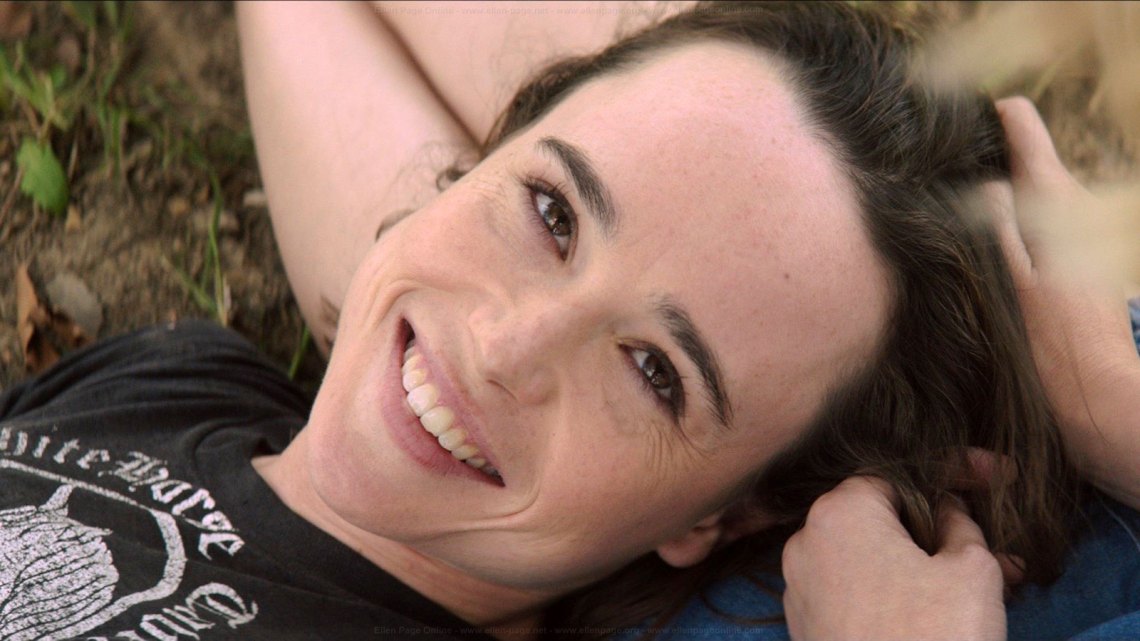 Less risky and risqué, the festival’s opening feature, My Days of Mercy (US, 2017) by Tali Shalom-Ezer, tells the love story of two young women brought together by unlikely circumstances. Since the death of their mother and the ensuing imprisonment of their father (Elias Koteas) charged with the murder, Lucy (Ellen Page, discovered in Juno and Inception), her older sister Martha (Amy Seimetz) and little brother Benjamin (Charlie Shotwell) have been travelling in the family RV to execution sites across the Midwest to protest death penalty alongside other activists, convinced of their father’s innocence. At one of those “camps”, the pretty and stylish Mercy (Kate Mara, known for her roles in House of Cards and The Martian), from the pro death penalty side (her family is supporting the execution of his father’s colleague’s murderer), unexpectedly bumps into Lucy and tries to seduce her. As she comes to accept that someone can show an interest in her, Lucy starts looking out for Mercy at the protests and soon after a passionate relationship develops.

In this modern take on impossible love stories à la Romeo and Juliet, both women must overcome the strong opposition of two unreconcilable worlds. Confident and outgoing Mercy works in a law firm and hails from an old-fashioned all-American family while middle-class Lucy has been traumatised by her family event at an early age and has never found her true calling in life. Although the ecosystem of conflicting death penalty activist groups makes for an interesting backdrop, the love affair feels clumsily juxtaposed with the criminal case and the stories don’t quite mix. The acting is not bad but it’s hard to really care about Mercy and Lucy’s relationship as it is never really in danger and Page’s morose character seems so hopeless that even she doesn’t want to really fight for it. The predictable outcome of the father’s appeals to reverse his death sentence comes with a slightly implausible and challenging scene. The production notes state that Page and Mara had long wanted to work together and had picked this script because of the depth of its characters, but the film doesn’t quite succeed in conveying the subtle emotions and urgency that the highly contentious theme (especially in the US) could have lent to the love story.

Also set in America, but this time an experimental documentary cum video diary, Paternal Rites (US, 2017) is an exploration of family trauma and taboo following sexual and physical abuse during childhood. First intended as an exploration of the early days of the transgender film-maker’s parents’ relationship as a way to better understand the malfunctioning family’s dynamics, Jules Rosskam discovers that he needs to address the elephant in the room: his parents’ prolonged silence and inaction in the face of his own sexual abuse by his grandfather and physical abuse by his older brother. The subject is pretty intense and upsetting but Rosskam manages to delve into his past in a constructive and articulate way without being manipulative, Manichean or formulaic.

Rosskam uses tape recordings from his parents’ 1974 trip – the trigger for the original project – and combines them with present-day voice recordings of interviews with his parents, psychologist and partner; super 8 footage from his own trip retracing the itinerary many years later; hand-drawn “psychoanalytical” animations and panoramic photography of the great American outdoors. The result is a visually creative yet muted collage of material which gives prominence to the voice narrative and allows the viewer to sink into Rosskam’s fluctuating mood and perspective. As the story develops we understand that Rosskam doesn’t want to demonise his family members and is only hoping to come to terms with the abuse he has suffered from. As the documentary project evolves over the years into an introspection of the family trauma, Rosskam starts to realise that the apology he needs to hear from his parents may not materialise and if it does he may not be prepared to embrace it.

What is interesting is that from the outset, Rosskam’s sexual identity is never suggested as a possible factor or a consequence of the abuse he has fallen victim of, it is off topic. What Rosskam is correctly demanding from his parents, simply and solely, is to recognise their negligence and their failure to protect their child. But despite his persistence in trying to decipher his father’s psyche, in getting his mother to communicate who her husband truly is, or in reaching out to his bipolar brother, he realises he may never reach closure. Though it unavoidably sounds a little egocentric at times, this intimate testimony is a bold piece of documentary striking a fine balance between diary-like soliloquy, poignant interviews and vintage material.