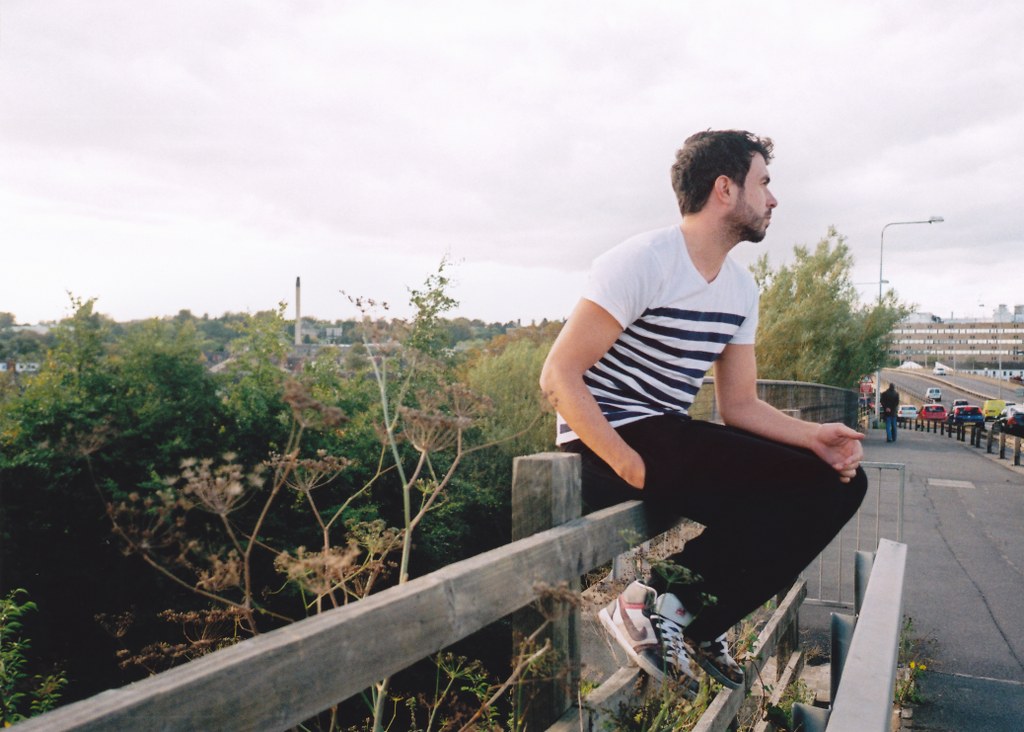 When I recently saw Andrew Haigh’s ‘Weekend’, it immediately made me think of Richard Linklater’s ‘Before Sunrise’ (1995). It would be unfair to reduce it to the gay remake of the European auteur chick-flick, but both film bear a few resemblances. Starring Julie Delpy and Ethan Hawke, ‘Before Sunrise’ tells the story of a once-in-a-lifetime encounter that comes with a premature expiry date. When Jesse accosts Céline on the train from Budapest and persuades her to spend the day with him in Vienna until he flies back stateside the following morning, the unplanned stopover soon turns into a romantic countdown. By accepting to stay with Jess, Céline was probably only planning on a bit of flattery and fun. But as the two young people become friendly they realise there is a strong, immediate connection between them. They embark on a long, uninterrupted ramble until dawn, pretending there is no tomorrow and avoiding any subject that might remind them of the evanescence of their story. Similarly, ‘Weekend’ tells the simple story of a casual encounter between two men, Russell (Tom Cullen) and Glen (Chris New), who wake up in the same bed after an unplanned, drunken night out, and start falling for each other’s charms only to realise they have very limited time to spend together, as Glen must leave on the next day to take up a two-year arts course in Portland, USA. 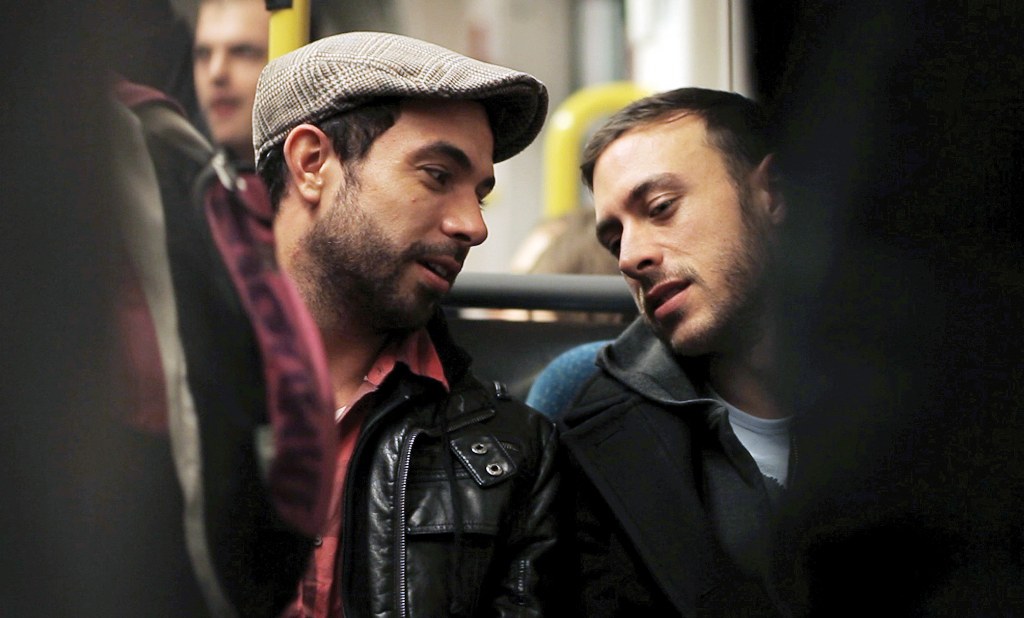 The comparison actually stops here. Where ‘Before Sunrise’ heavily romanticised the encounter, with well-mannered, chaste conversations set in a midsummer’s night in beautiful Vienna, and centred the plot on the approaching separation, Nottingham-based ‘Weekend’ offers a much more to-the-point and no-frills interpretation. It cuts the scenic glamour to the minimum – although the film does include the necessary scene at the fun fair, perhaps a reference to the typical straight rom-com? – in order to focus on the instant intimacy that emerges between Russell and Glen. What could have been a simple, meaningless one-night stand quickly appears to be a much more significant and unique encounter. No matter how different Russell and Glen are, how divergent their aspirations and backgrounds appear to be, both know they have come across someone truly special – and the film skilfully captures the vicissitudes they go through as they realise the importance of their chance meeting and the consequences of their forthcoming separation – both in their own way. 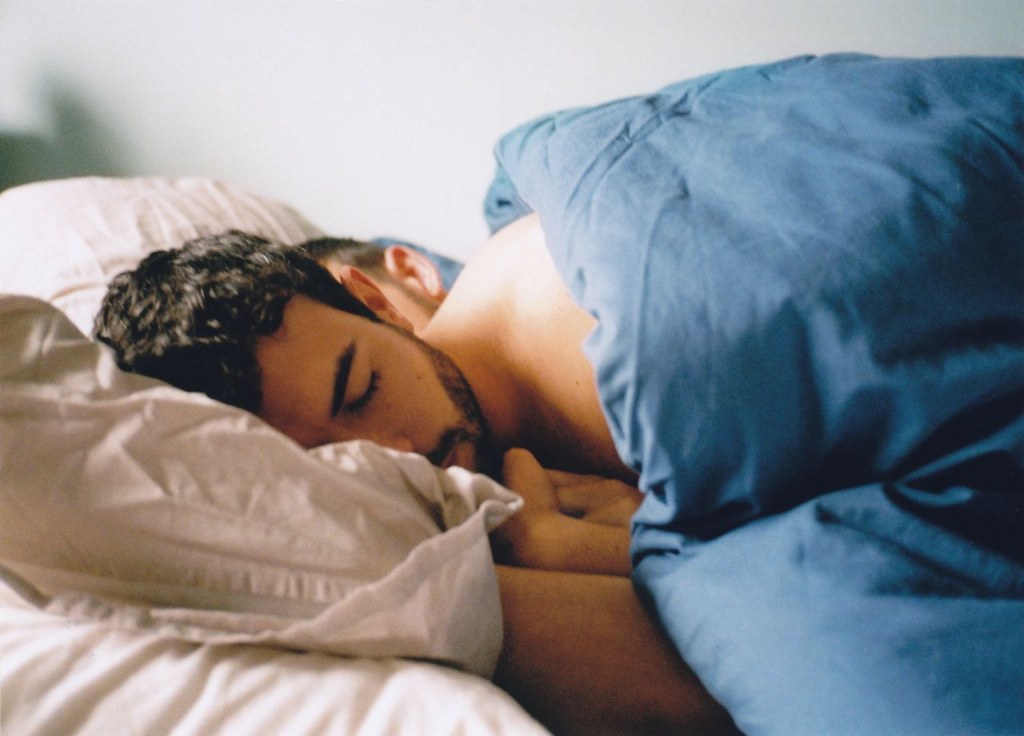 Glen appears like the confident, provocative, arty type, and he’s not (or is unwilling to appear as) one to fall in love and commit so easily – experience has taught him not to. Russell, on the other hand, comes from a tougher background (he was placed in foster care as a child) where he had to keep a low profile – so he’s very self-conscious, and all the more desperate to express his true feelings behind closed doors. Glen and Russell’s strong differences lead to unusually deep and heated conversations for a first date, but the passion that inflames their dialogue simply indicates how extraordinary the bond between them is. This is no platonic relationship – the film includes a few graphic scenes and some crude vocabulary to remove all doubt about that – but Glen and Russell find out that what they mostly enjoy is not just sleeping together, it is being together, all the time. Unfortunately, as in real life, the ‘Weekend’ finishes in a heart-breaking twist. A happy ending would have probably given the film a cheaper, artificial note – but it might also have left the audience with a smile on their face – as opposed to tears.

Andrew Haigh’s clean, realistic style cleverly dodges the usual clichés about gay characters or situations by telling a love story in the making almost exactly the way a straight one would be told. By building very complex characters who are not only defined by their sexual orientation, and by getting rid of all the peculiarity and deviance gay relationships sometimes inspire in film, Haigh has managed to create a truly believable and tender romance that should appeal to all viewers – vegetarian or carnivorous.