I was lucky enough to visit “La Sebastiana”, Pablo Neruda’s home in Valparaíso in Chile about 10 years ago. It’s a magical place, one of the many houses in this mysterious city affording stunning views of the harbour and the formidable Pacific Ocean. The place is full of maritime maps, paraphernalia and extravagant stories about Neruda’s larger than life personality, his taste for parties and hedonistic character, and of course his amazing genius for poetry. Pablo Larraín’s latest film Neruda and its lead actor Luis Gnecco bring the poet to life much in the way you imagine him after visiting La Sebastiana. The film offers a romanticised insight into Chile’s national treasure during the year the Marxist intellectual was hiding from the anti-communist regime in the late forties. 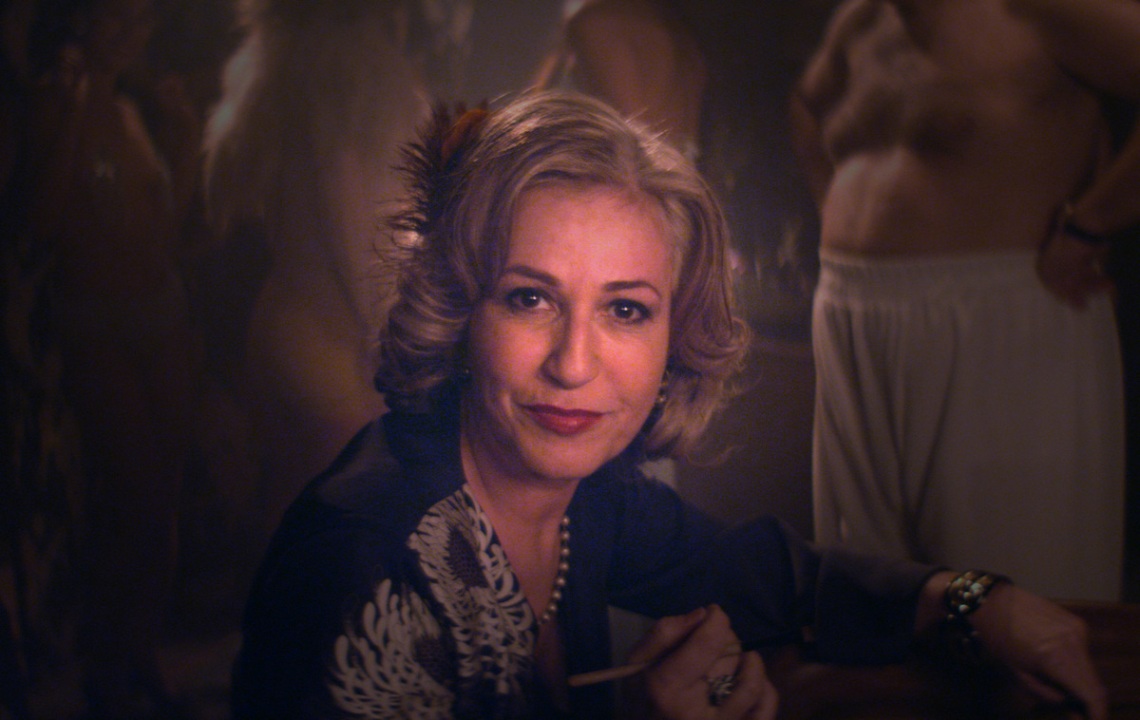 Larraín’s slow-paced but very rich narration takes the viewer on both a comical and emotional manhunt across a country that is hit by the shock waves of heated international relations between the West and East, between the North and the South. As a vocal protester, a symbol of resistance, a defender of the workers’ rights but also a bit of a narcissistic diva, Neruda only manages to half hide and for a while doesn’t want to sacrifice his lifestyle and remains involved in his artistic network. He reads out poetry draped as Lawrence of Arabia, partakes in orgies, hangs out with drag performers, dresses up as a ship captain, under the watchful and caring eye of his wife (touchingly played by Mercedes Morán) and guards. His passion for life is contagious and his excesses mostly forgiven, except by his political opponents. 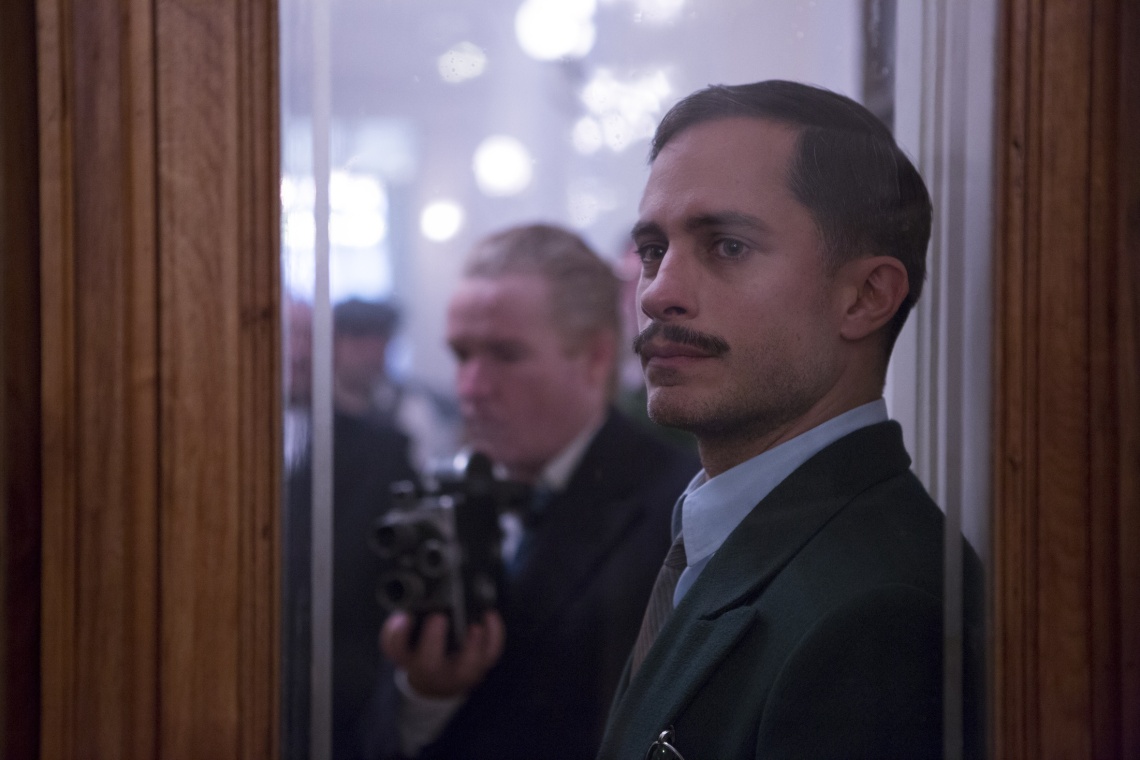 Neruda is being tracked by detective Óscar Peluchonneau (Gael García Bernal), a solitary and dedicated policeman with an almost divine mission of arresting the enemy of the state. Where Neruda is all drama, extroversion and resourcefulness, Peluchonneau is all restraint, control and obstinacy. But in the pursuit, Neruda is always one step ahead and gives the detective humorous and poetic hints, such as the cheap detective novels he scatters behind him, a genre that Neruda was particularly fond of in real life. Peluchonneau becomes increasingly obsessed and impassioned by the poet and his work, so much that he starts to realise that he might only be the product of Neruda’s imagination. Bernal delivers a strong and intriguing performance, turning the detective into a likable character thus blurring the traditional divide between bad cop and wrongly accused runaway. The focus of the suspense that builds up at the end of the film thanks to the dramatic snowy Andes setting, is remarkably reversed. Who is chasing the other, who is in greatest danger?

Despite its beautiful landscapes, polished atmosphere and sometimes comic quality, Larraín’s film doesn’t glamorise the political crisis happening in the country and shows how opposition is brutally repressed, as it shows the Pisagua concentration camp where a certain Pinochet stands guard. The power of poetry in a hostile context is demonstrated many times during the film, from the luxurious palace of the Chilean president cum US puppet to the salons of Santiago and Paris. Everything stops when Neruda reads out his famous 1924 lost love poem “Tonight I can write the saddest lines” – and not just because of his rock star poet status. 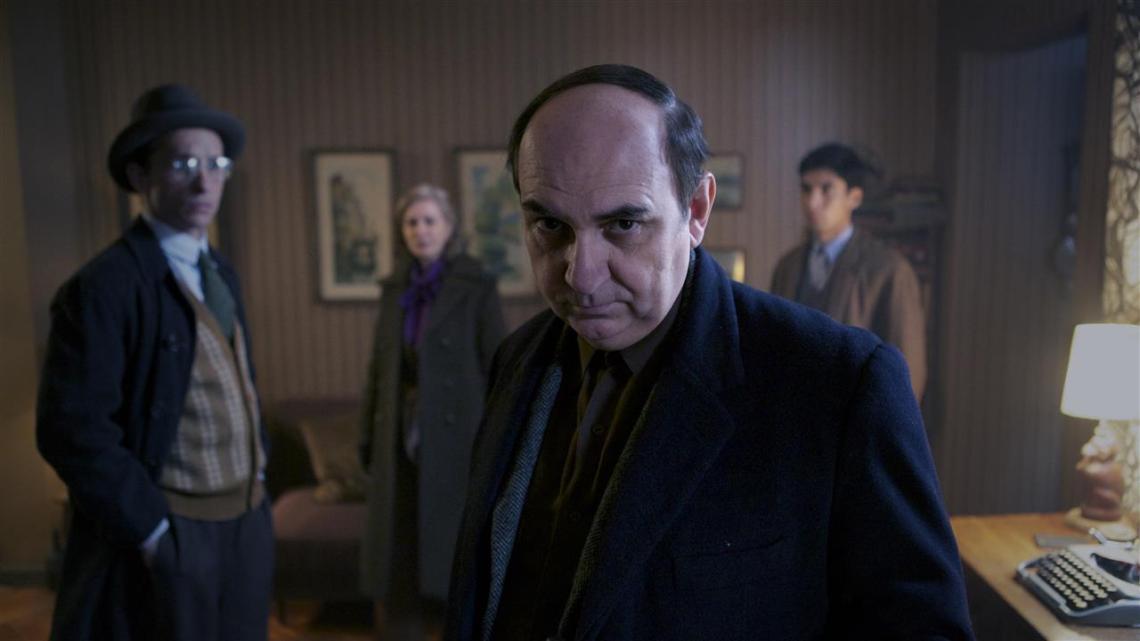 Much has been said about Neruda being the antithesis to Jackie, Larraín previous film, the anti-biopic (or antibiotic for some!) par excellence… and it is true that despite the historical liberties taken, thanks to the focus on feelings, sensations over facts and events, Neruda comes across as a highly believable, deeply humanistic, exuberant but sometimes anxious artist whose only weapon in a troubled country is rhyme. The film sometimes suffers from irregular pace and an accumulation of impressionist, elegiac sequences but remains truly compelling and provides a fascinating glimpse into a country at a pivotal time in history, rarely featured in cinema.