“Carnage”, Roman Polanski’s latest feature, offers a cringing insight into the animal within each of us, clumsily hiding under the thin surface of today’s society political correctness. Starring  Jodie Foster, Kate Winslet, Christoph Waltz and John C. Reilly, the film is a straight cinematic adaptation of French writer Yasmina Reza’s play “Le Dieu du Carnage” in which two middle age couples meet to talk through their sons’ fight on the playground and find some kind of adult-worthy arrangement. 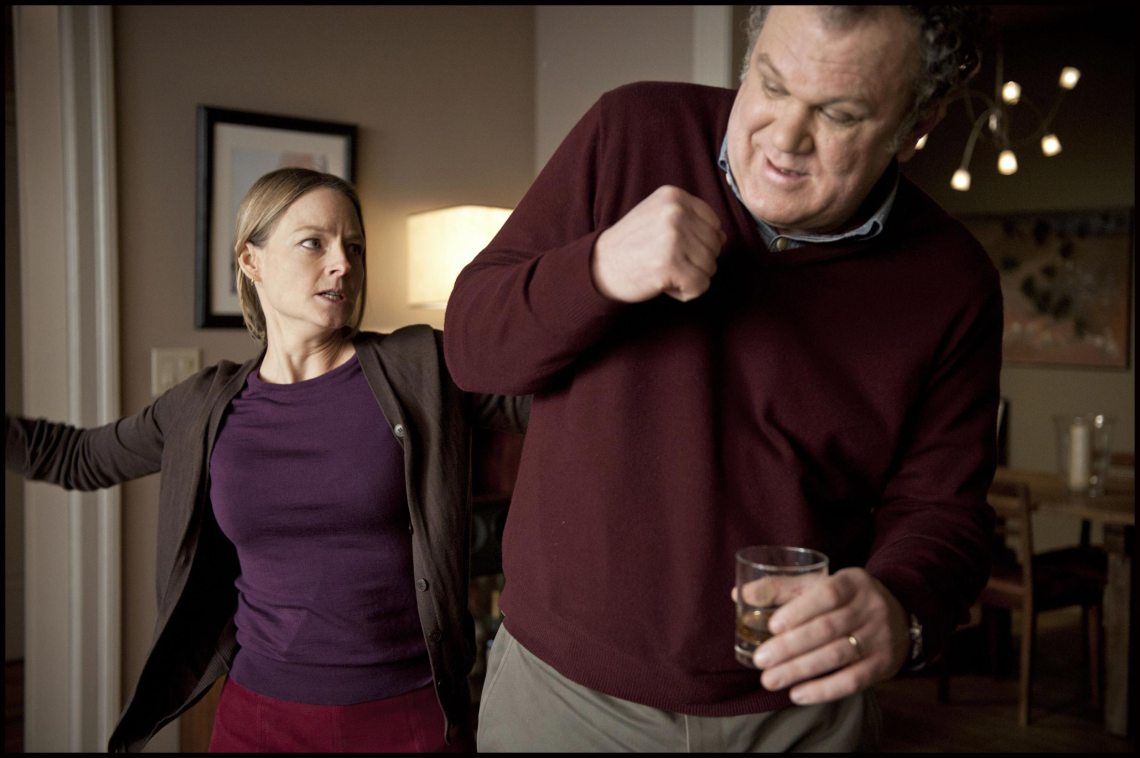 What starts off as a very civilised, low-key discussion deteriorates into a hilarious battle where parents reduce themselves to a spectacle so pathetic and childish their own children wouldn’t know where to put themselves. Precisely what makes the story even more interesting is that the kids are only shown, or rather evoked, in the distance, and are absent from the main part of the film that takes place at the Longstreet’s New York apartment. The whole fight is only an excuse and the trigger for ridiculous confessions from each of the characters about how messed up their lives are, how unhappy their marriages have become, how much they have come to despise and pity each other in their attitude towards life in general. Jodie Foster wants to be a passionate and compassionate mother, but scratch a little and she’s a fussy materialist who loathes her husband for being so negative about everything. However down-to-earth and good-natured, John C. Reilly fights everyday to put up with his wife’s phoney hyperactivity and enthusiasm. On the other hand, Kate Winslet is a business-woman waking up to the fact her husband is an unbearable selfish workaholic for whom a phone call is always more important than what’s happening around him. Christoph Waltz plays an obnoxious executive in pharmaceutics without the faintest compassion for the others.

With such a mix of characters the plot promises to be explosive, and Roman Polanski, a specialist for creating claustrophobic atmospheres succeeds in keeping viewers on the edge of their seats as the pressure rises. From the first 5 minutes of the main scene, you simply wish the chat was over and each couple went back to their own business but everytime a hope glows for an amicable conclusion a new spanner is thrown into the works. Set in the middle of January, the time of year for the action is very well chosen, as the feeling of constant twilight makes the spectator gasp and wonder is the “saddest day in [our lives]” is ever going to end. What were you expecting? A comedy by Roman Polanski could only be a very dark one.